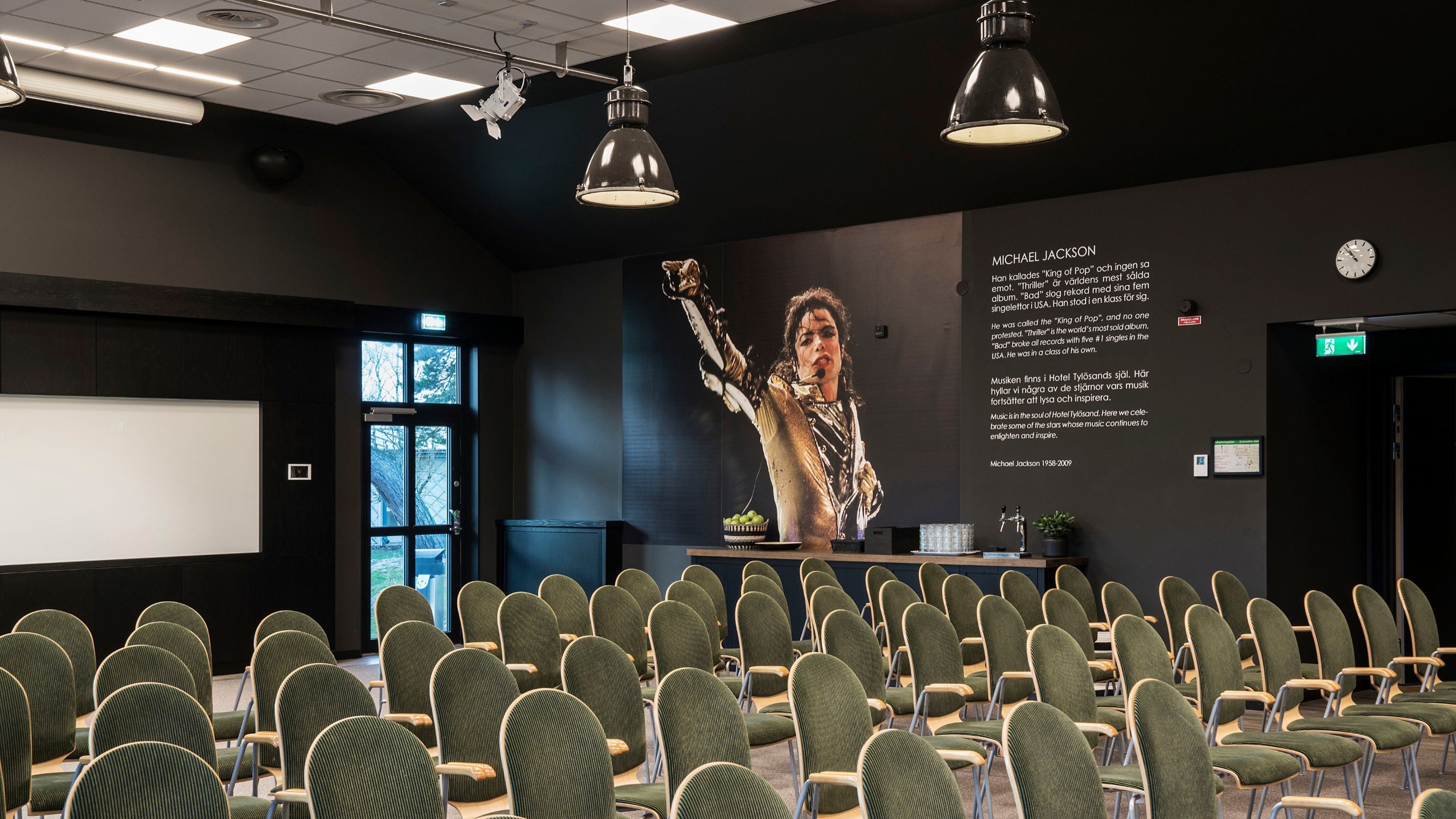 Design room in the wing building themed on Michael Jackson. Seating up to 30 people and equipped with projector, sound system and Wi-Fi—everything easily controlled with a touch-panel. Whiteboard, notepads, pencils and ice water are included. A light room with high ceilings, it’s perfect for smaller seminars, workshops and similar activities. The Hallbergska café is just beside the room. Possibility to combine with nearby Michael Jackson for a big room seating up to 224 people.

He was called the ”King of Pop”, and no one protested. “Thriller” was released in 1982 and is still is the world’s most sold album. “Bad” broke all records with five #1 singles in the USA. His videos set a new standard. His live performances and stage presence was in a class of its own. Michael Jackson was unique.
Click HERE for a overview of the hotel
Inquiry 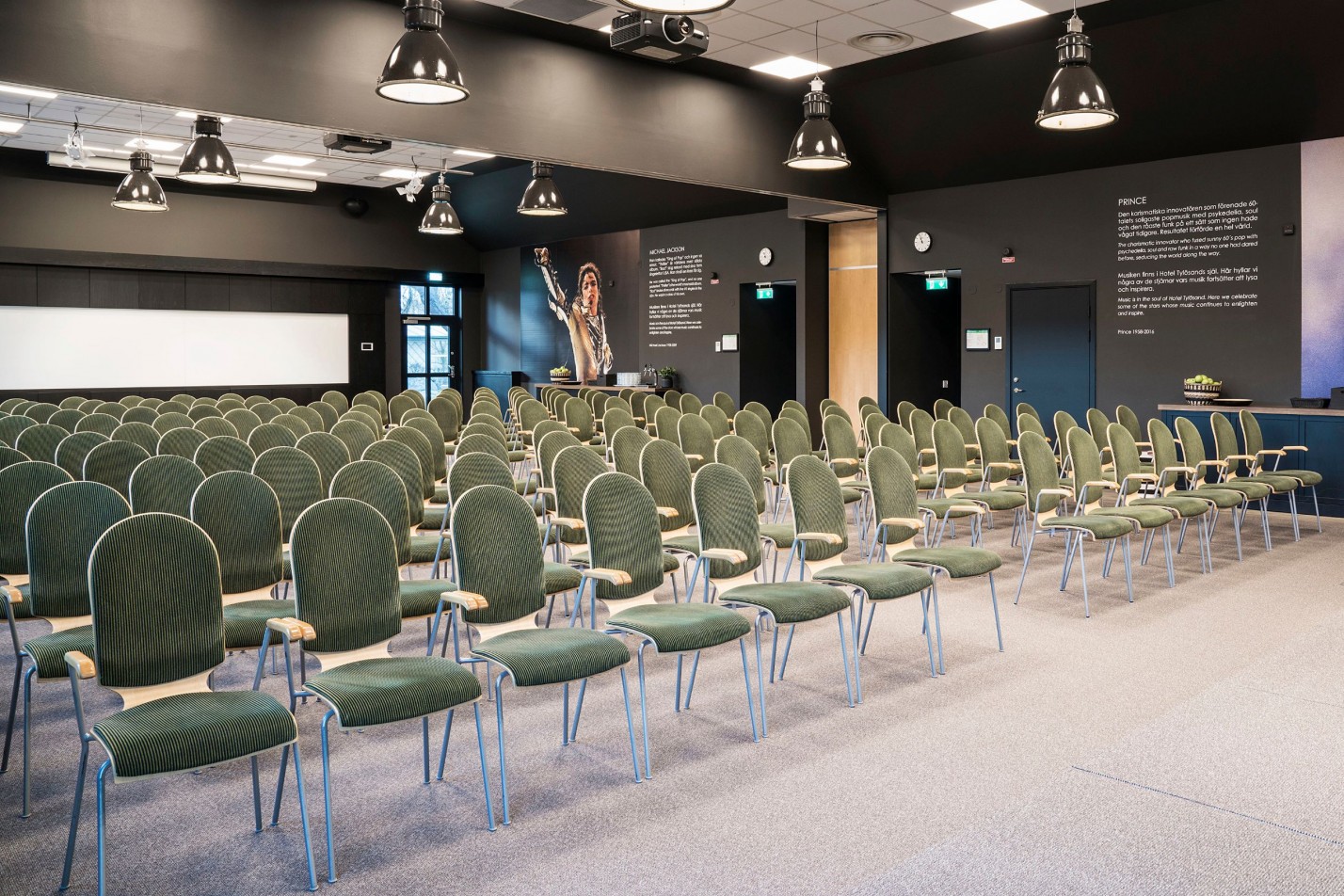 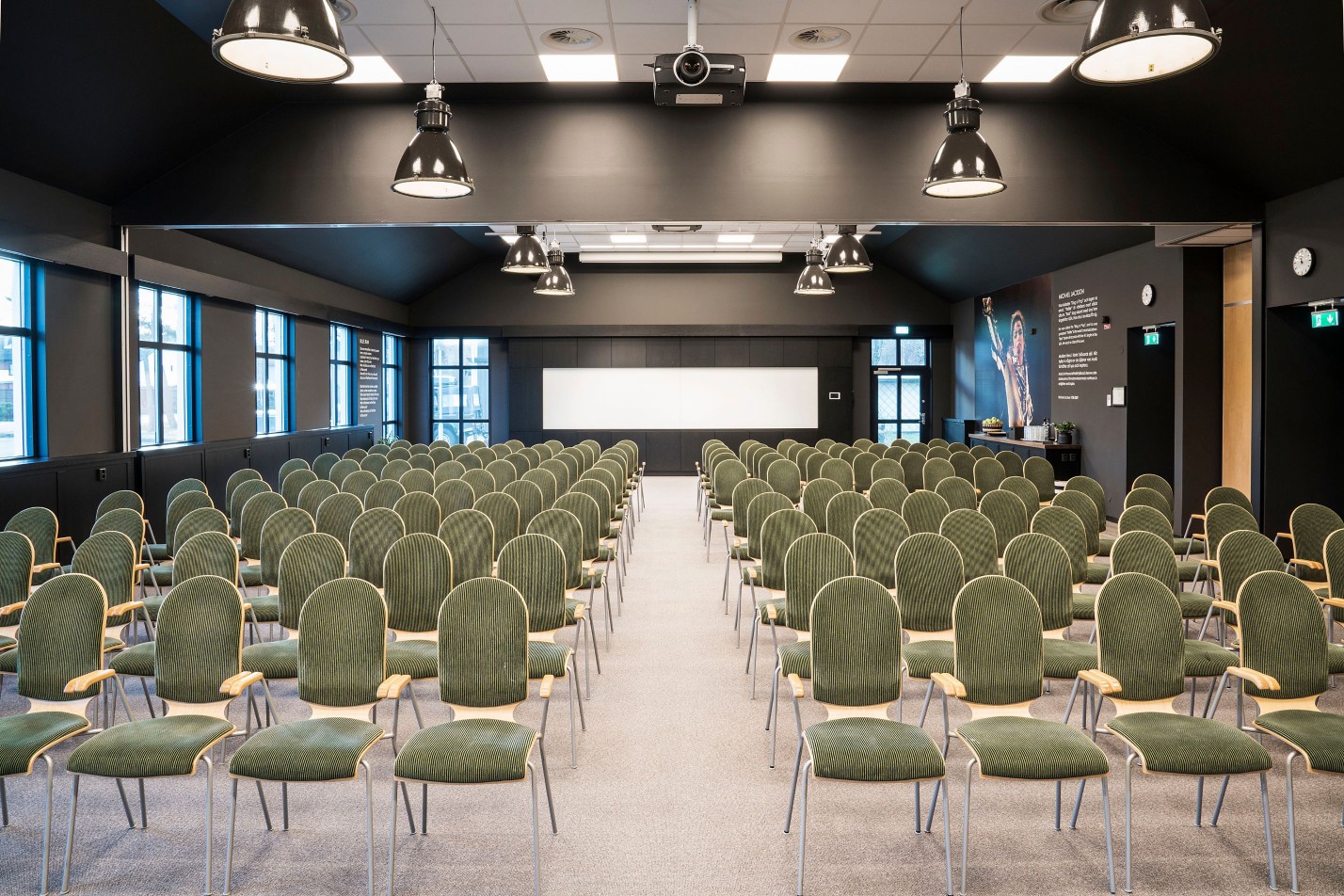 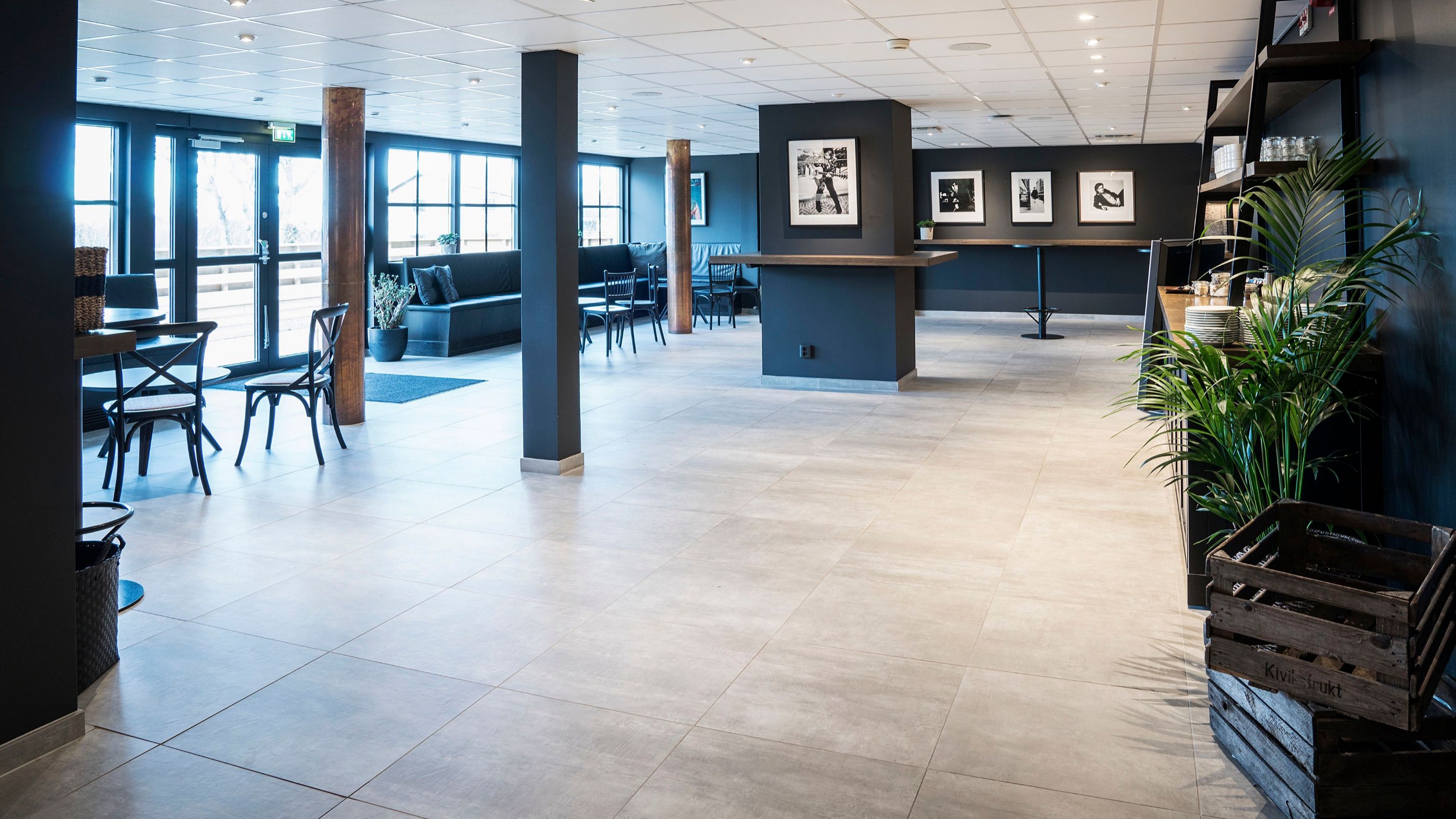