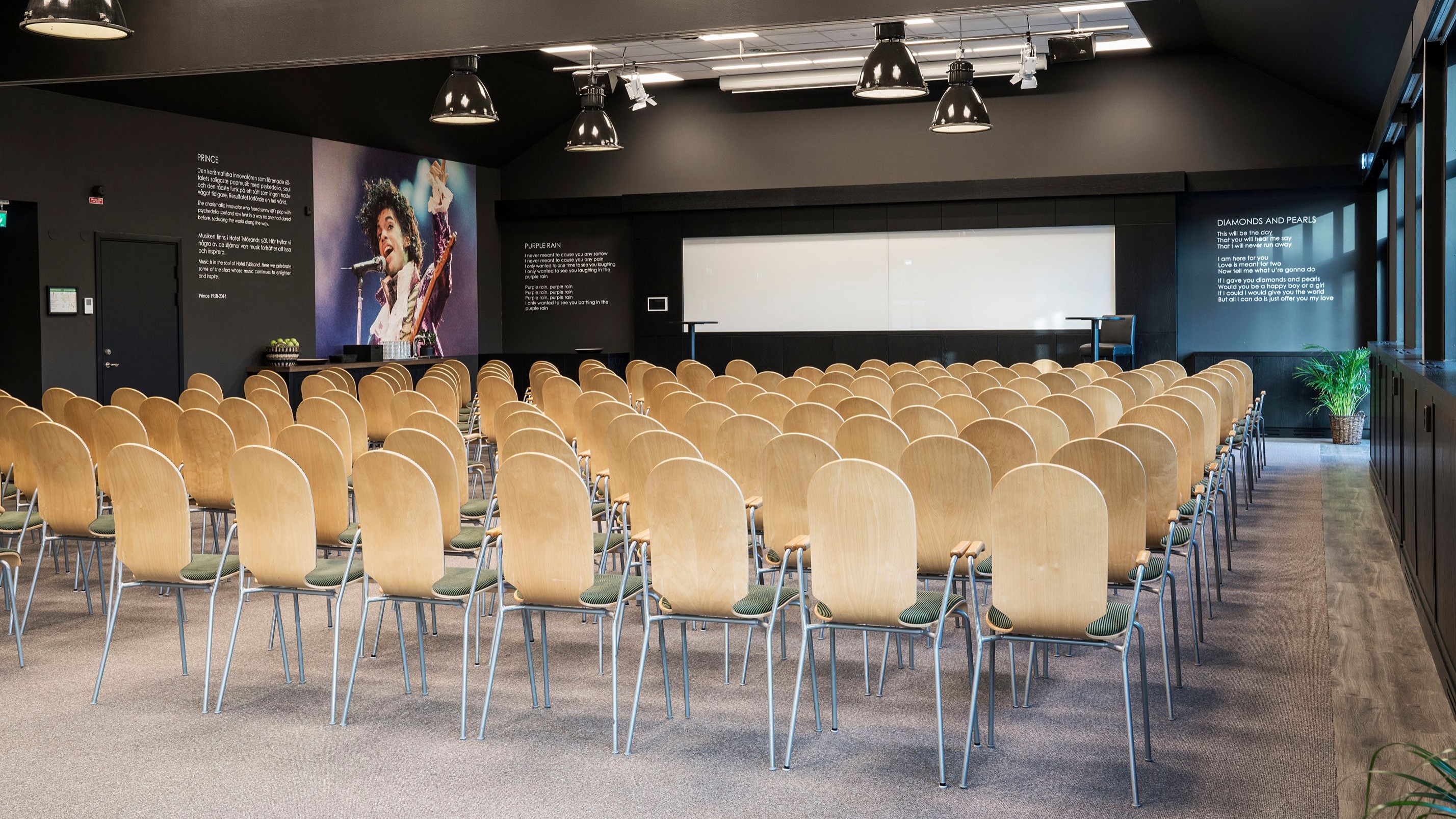 Standard room in the wing building themed on Prince. Seating up to 80 people and equipped with projector, three wireless sound systems, DVD and Wi-Fi—everything easily controlled with a touch-panel. Whiteboard, notepads, pencils and ice water are included. The Hallbergska café is just beside the room. Possibility to combine with nearby Michael Jackson for a big room seating up to 224 people.

Prince
The charismatic innovator who from his album debut in 1978 combined sunny pop music with soul, psychedelia, new wave rock and funk in a way that carved out a musical niche of his own.

After six albums that established his sound, he entered superstar level with the film and the album ”Purple Rain” in 1984.
Click HERE for a overview of the hotel
Inquiry 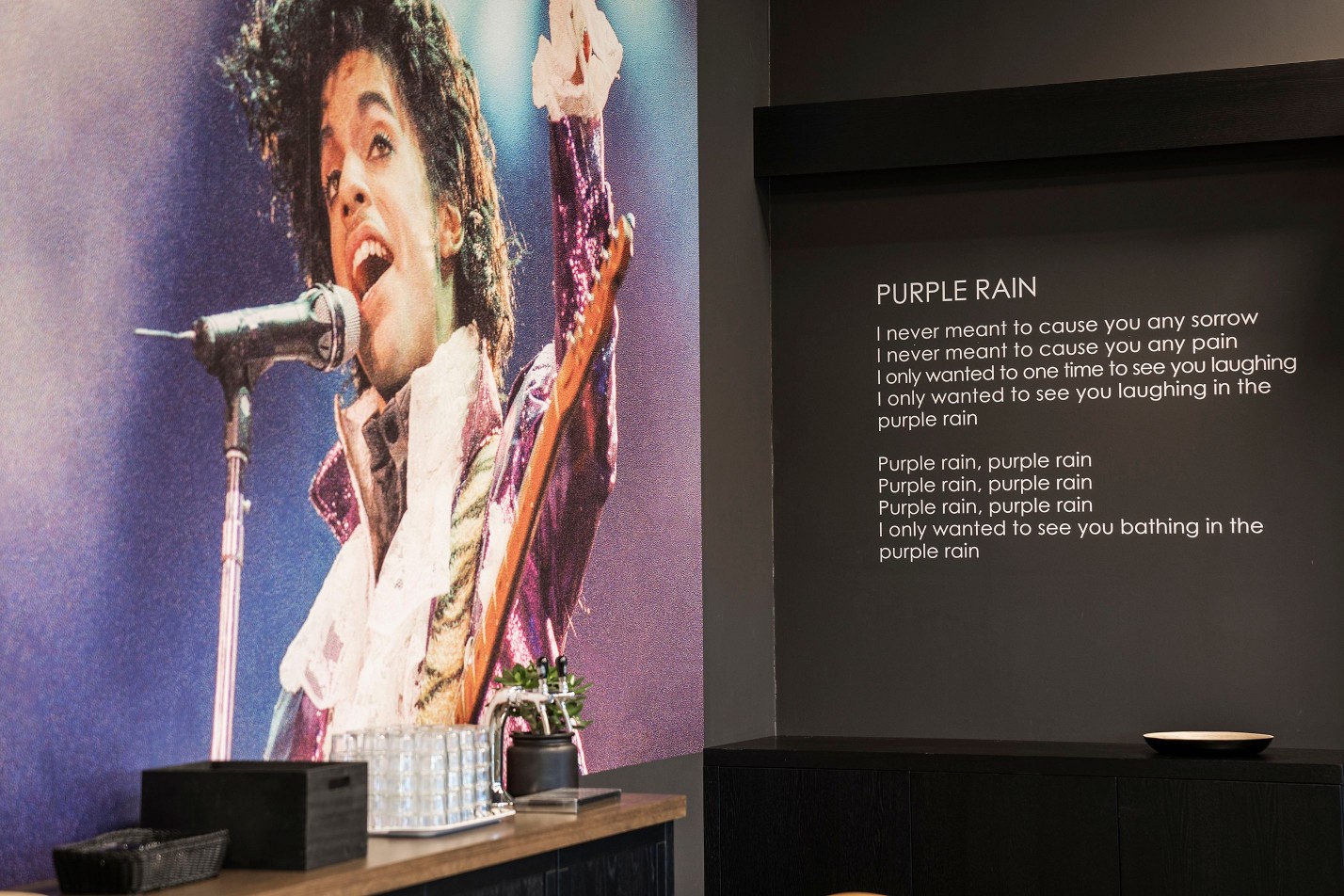 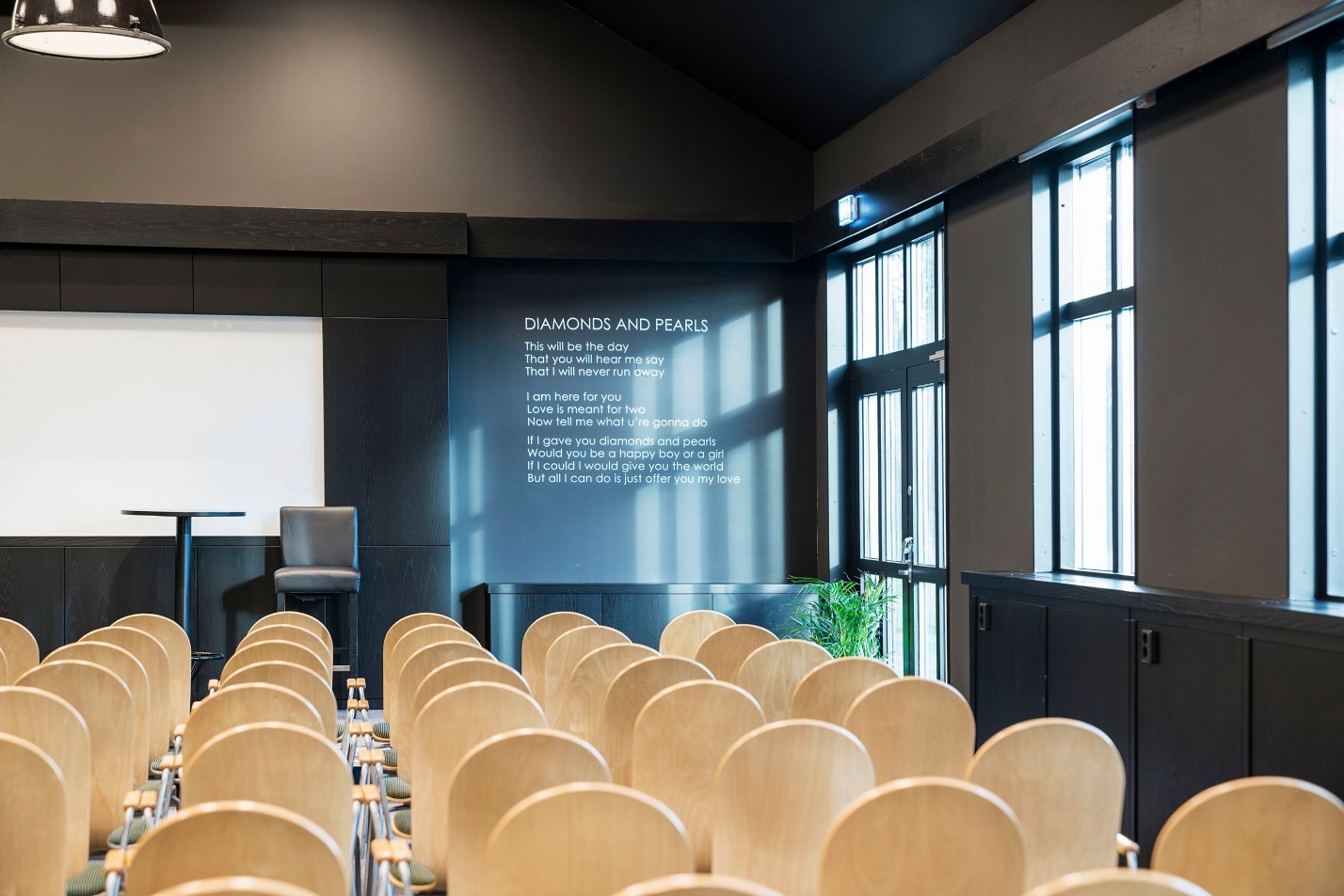