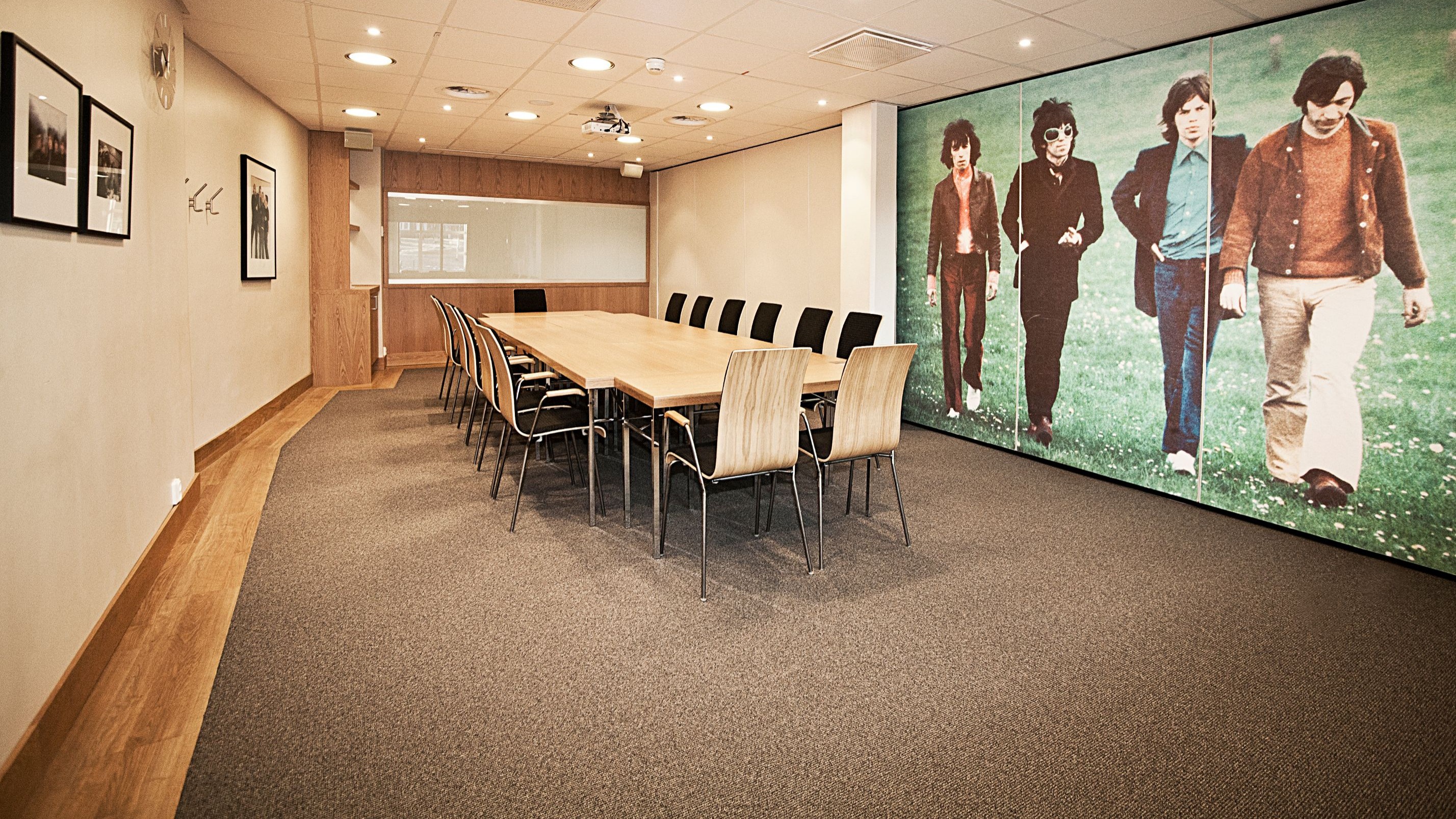 Design room in the main building themed on The Rolling Stones. Seating up to 30 people and equipped with projector, sound system and Wi-Fi—everything easily controlled with a touch-panel. Whiteboard, notepads, pencils and ice water are included. Possibility to combine with nearby The Beatles for a big room seating up to 60 people.

The Rolling Stones
The Rolling Stones is besides The Beatles one of the most famous and successful rock groups in the world—a source of inspiration for thousands of artists and groups, with charismatic lead vocalist Mick Jagger and the eternal rock’n’roll myth, guitarist Keith Richards, as prime movers.

With their British version of American blues and rhythm’n’blues as their platform, The Rolling Stones created their own brand of rock’n’roll and reached their peak during the period 1968-72 with songs like ”Jumping Jack Flash”, ”Street Fighting Man”, ”Gimme Shelter”, ”Brown Sugar” and many more.
Click HERE for a overview of the hotel
Inquiry 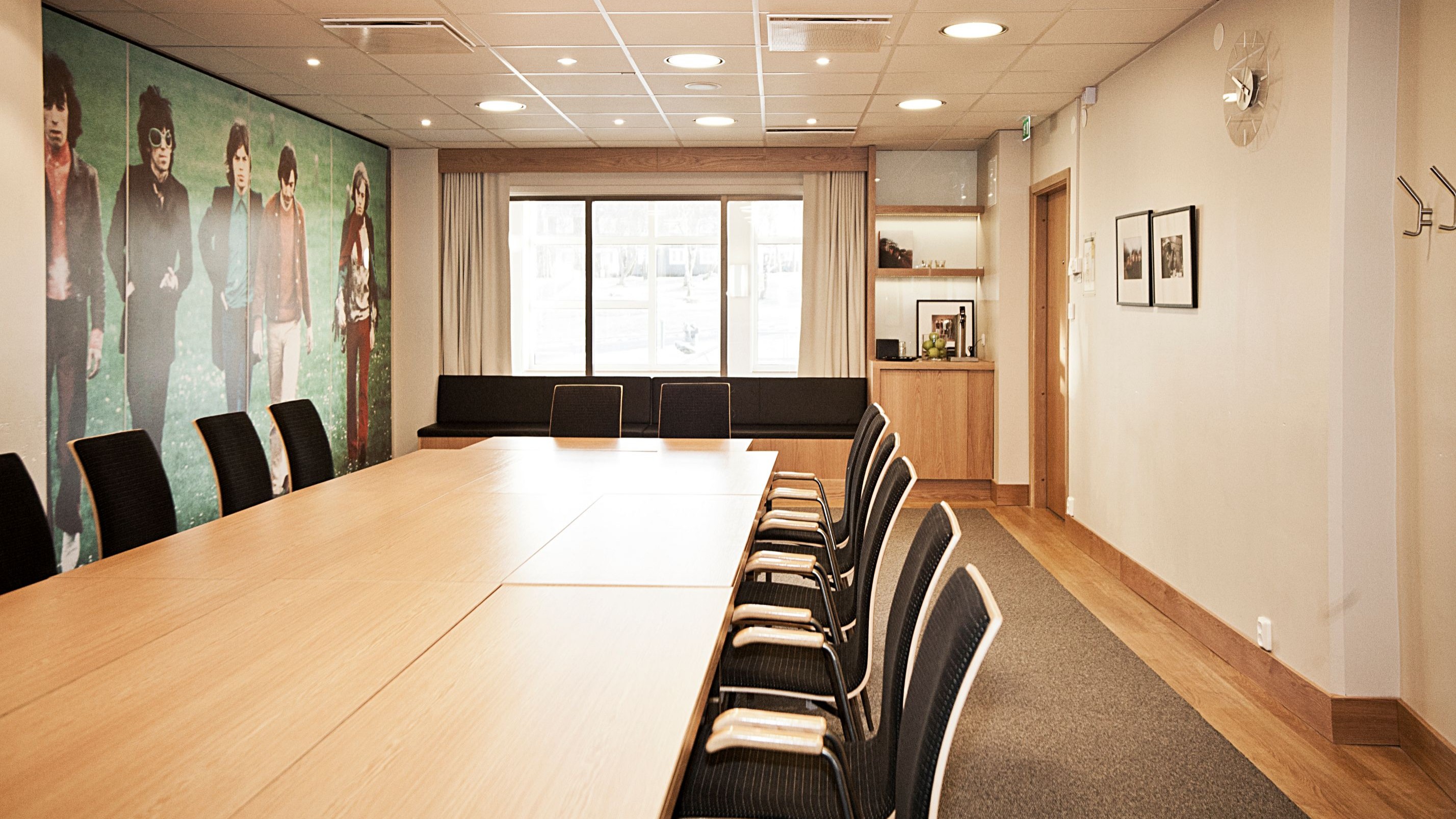