Exclusive design room in the main building themed on Albert Watson. Seating up to 120 people and equipped with projector alt 60” TV, sound system and Wi-Fi—everything easily controlled with a touch-panel. Whiteboard, notepads, pencils and ice water are included.

Albert Watson
Albert Watson is regarded as one of the world’s premier photographers within fashion, advertising and art, with commissions for Levis, Chanel, Revlon and some of the world’s leading magazines. He is behind more than 100 covers for Vouge and 40 for Rolling Stone.

Albert Watson was born in Edinburgh in 1942. His career started in the early 70’s after having moved to New York and opened studios in New York and Los Angeles. Having photographed Alfred Hitchcock with a dead goose in 1973, he has taken hundreds of spectacular portraits of movie stars, rock stars, rappers, supermodels, presidents—and Queen Elizabeth II.
Click HERE for a overview of the hotel
Inquiry 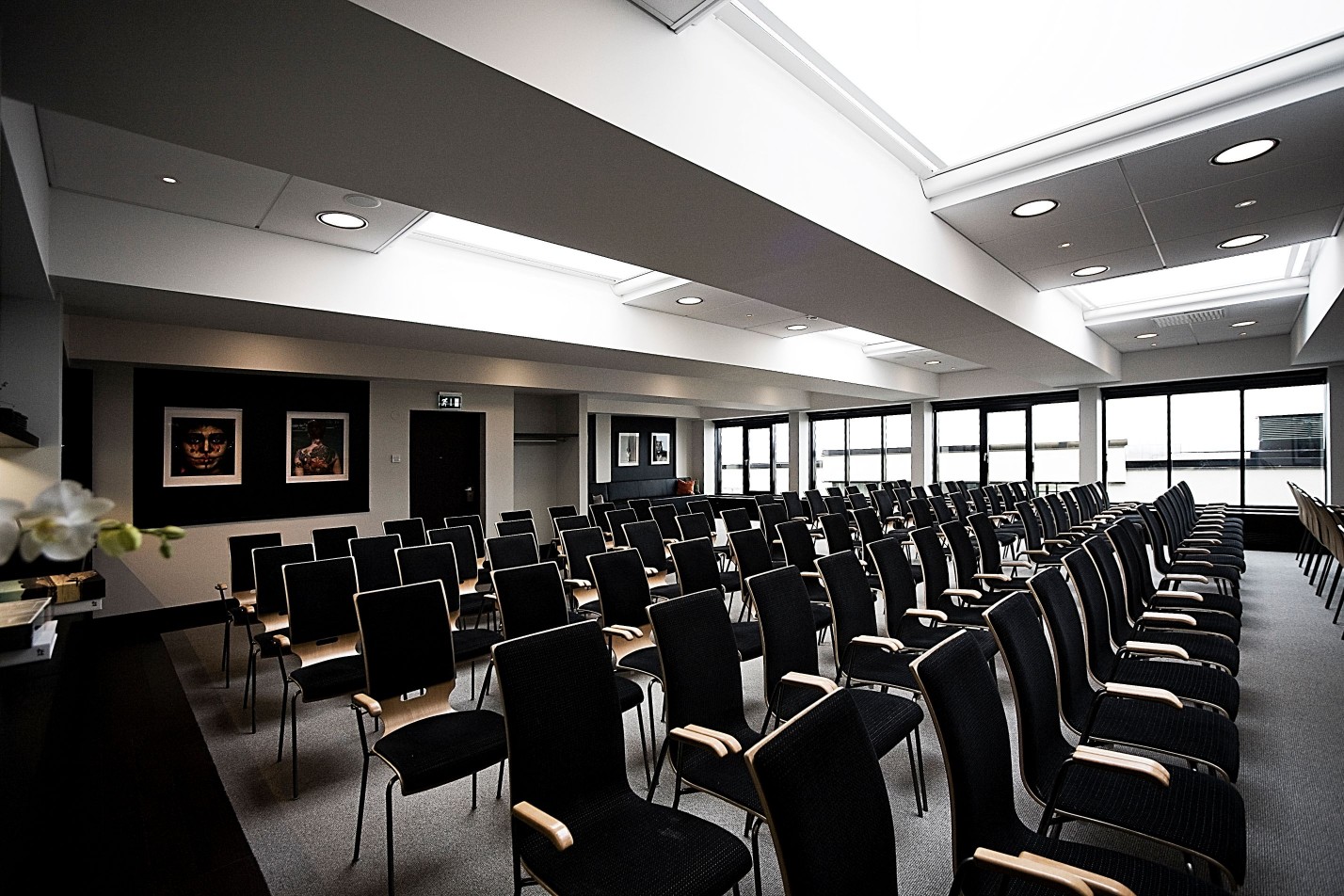